Click on a link to see the details provided for the financial year 2015/2016:

The following table details all items of expenditure over £100 paid for by Normanton-on-the-Wolds Parish Council during the period 01 April 2015 to 31 March 2016.

Note: Where possible, VAT is recovered from Her Majesty's Revenue and Customs (HMRC). Where this is not possible the VAT column indicates the amount of unrecovered VAT included in the Amount. 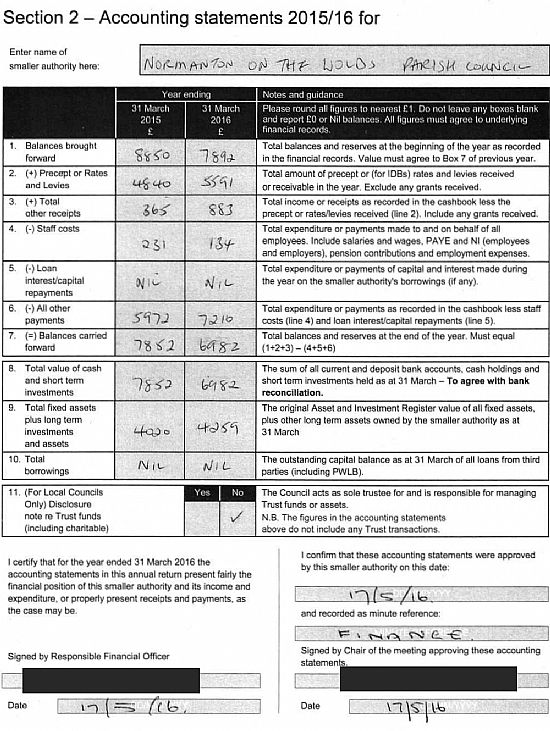 This lists variance in receipts and payments over 15% from the previous financial year. 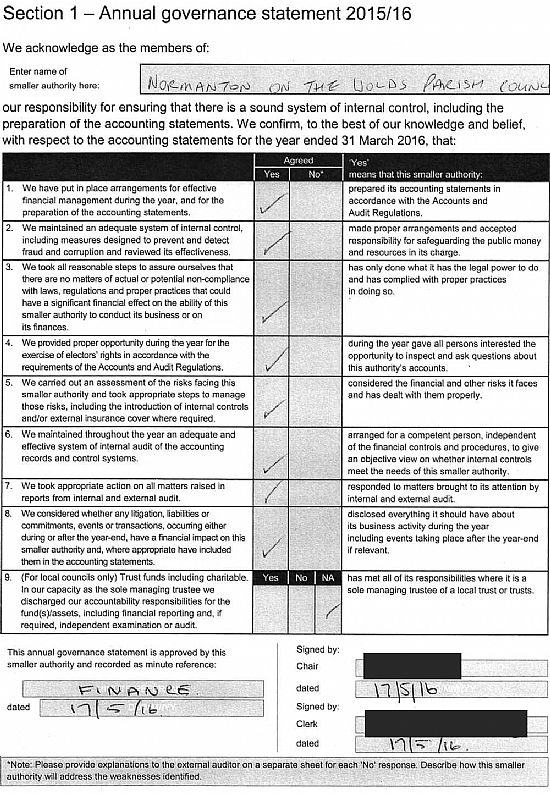 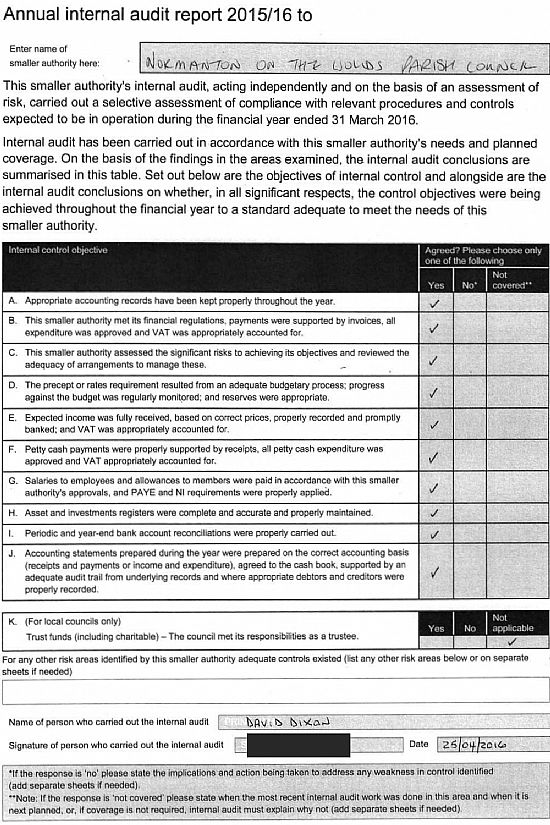 Normanton-on-the-Wolds Parish Council owns, and is responsible for, the following assets:

Notes:
The new notice boards were donated to the Parish Council by Nottinghamshire County Council as part of Local Improvement Scheme at the cost of £1000.00 each during 2010/2011 financial year.
An additional charge for the Beacon of £59.80 was made in the 2016/2017 financial year