This section covers the following topics: 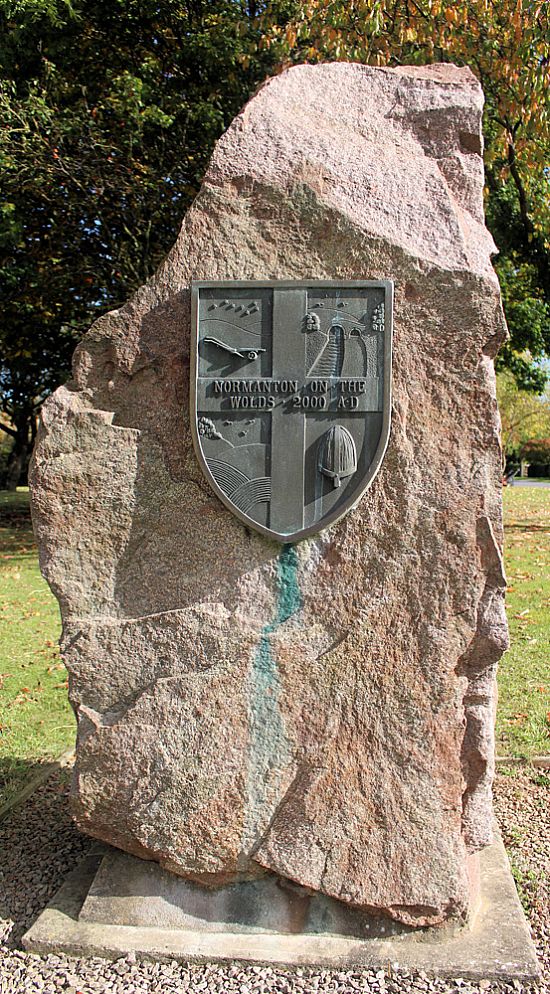 The Parish extends to Lamin Gap Lane in the south and stretches beyond Hoe Hill to the east. The rolling landscape around the village consists of open arable fields and pasture punctuated by areas of woodland. Many fields display fine examples of medieval ridge and furrow earthworks with Normanton Pastures being designated as an SSSI (Site of Special Scientific Interest). There is the site of a medieval watermill in the village.

Two meandering watercourses, the Polser Brook and Willow Brook, traverse the village and many public footpaths and rights of way make for enjoyable walks around the area.

Normanton-on-the-Wolds has an active parish council, and enjoys joint use of the Burnside Memorial Hall in Plumtree. It is also home to The Plough Inn, a popular pub and restaurant. The area is served by the number 19 bus.

The majority of houses in Normanton have names rather than numbers. To help you find your way around, Normanton House Names is a schematic map of Normanton-on-the-Wolds showing roads, postcodes and names of houses.

What's in a name?

Residents living in  Normanton on the Wolds find themselves among those in another eleven villages in the UK with "Normanton" at least being part of the name; nine of them found in the East Midlands.

The name "Normanton" could easily be explained as a straight derivation: the town of the Normans. But in fact the name probably pre-dates the Norman invasion of 1066 by over a hundred years, when the six counties constituting the area ruled by the Danelaw had been settled.

The first Viking raid on the British shore was the attack on Lindisfarne in 793, although Vikings had already began to settle on some of the Scottish Islands. Initially the Vikings originated from Norway but as gradual settlement ensued, the Danes also known as the Black Vikings, joined in the pillaging.

In 865 raiding for loot changed to attacks for conquest and settlement. The first use of "Normanton" as a village or parish name was in 956 when "Normanton by Southwell" appears in the written record. "Normanton" equates to the "village of the Norwegians or Norsemen". The Normans from Normandy in France, literally the Northmen, were also of Danish ancestry. The term "Normanton Grange" is thought to have meant "the farm of the Norseman".

In Nottinghamshire there are three other Normantons, one being a hamlet in Southwell parish, on the river Greet [now the home of Reg Taylor's Nurseries]. It was formerly a separate parish, and had an ancient church. It now gives Its name to one of the five parts into which the parish of Southwell is divided. Normanton Hall was built in the time of Edward IV.

Normanton on Soar, dates from the 11th Century (maybe earlier), is situated beside the river Soar at one of the most southerly points in the county of Nottinghamshire. The nearest town is Loughborough, which is approximately 4 miles away by road.

The village has a population of around 470 with six streets or lanes, including two public rights of way, one of which, Soar Lane, gives access to the river.

Visitors will find a local map and guide located opposite the Plough Inn, and should try to find time to visit the 12th Century Church of St James and the nearby Village Shop, which can be found behind the Village Hall.  It is one of the very few villages in the country that still operates a chain ferry, across the River Soar.

Normanton on Trent is a village in North Nottinghamshire. It is nine miles south-east of Retford. According to the 2001 census it had a population of 299, increasing to 345 at the 2011 census and including Low Marnham.

The parish church of St Matthew is 13th century. There are two public houses and  a Primary school, St. Matthews C of E Primary school.

And the name is not confirmed to this country. There is a Normanton described as a small cattle town and locality in the Shire of Carpentaria in Queensland, Australia. In the 2016 census, Normanton had a population of 1,210 people of whom 743 were Indigenous Australians.

The town is one terminus of the isolated Normanton to Croydon railway line, which was built during gold rush days in the 1890s. The Gulflander motor train operates once a week.

Normanton is the administrative centre of Shire of Carpentaria. Among Normanton's most notable features is a statue of an 8.64 m long saltwater crocodile named Krys, the largest ever taken, which was shot by Krystina Pawlowska in July 1957 in the Norman River. Barramundi and Threadfin Salmon may also be caught in the river.